Due to Covid-19 emergency, SONGDRINK at Schuler's is canceled until further notice.

join@songdrink.com
To be be added to the Member List.
We'll send you participation instructions (it may take a minute or day).
SONGDRINK is completely free and hosted by local musicians

ABOUT
A club for people who make music.
We share our original recordings at a monthly event.
We meet in-person but use our phones/computers, with headphones to listen together.

WHO ATTENDS
Songwriters, singers, musicians, producers, technicians, agents, etc.
If you helped create an original song, we want to hear it.

MUSIC STYLES
All music styles. Let's mix it up!


SKILL LEVELS
Newbie to Pro. Seriously all skill levels encouraged. We like it fresh!

WHY
Song making is more fulfilling and productive with REAL interaction.
We share knowledge, experiences & laughs.
You might meet a writing partner or a band mate.

SONG SUBMISSION
Members can submit up to two ORIGINAL songs per month (no covers).
Members submit links to their songs or videos hosted on sights like SoundCloud, ReverbNation, YouTube, etc.
SONGDRINK never has possession of your original files.

MASTER PLAYLIST
Each month SONGDRINK compiles song submissions into one Master Playlist. There is no "audition". The list remains private until the event when it is released to members.

EQUIPMENT
Bring you WIFI enabled phone, tablet or laptop with email and good pair of Headphones/earbuds. (A charger if you need it).

THE EVENT
The moderator will introduce a member.
We all visit their links and play the song(s).
If you like, promote your skills by including lyrics, photos, credits or announcements on your page.

COMPLETELY FREE
No fees and no donations. Pay for only your own food or drinks.
You can come, participate and leave without spending a penny.

YOU DO NOT NEED TO ENTER TO ATTEND
If you have no music to share, you are still encouraged to attend and participate.
Members don't always have music ready but usually have much to share. 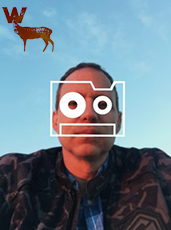 1. Wrote my first lyrics only seven years ago
2. Started making music in GarageBand on my iPhone
3. Work in Logic Pro X on a MacBook Pro
4. Play some acoustic guitar & drums
5. Use a Rode NT2 microphone with an M Audio interface
6. Often buy used equipment so I can try it and sell it without loss
7. Have written and recorded 100+ songs
8. Very intimidated about preforming live
9.  Often work with my regular writing partner, a singer, or a musician
10. Love vintage equipment and own a 1933 Gibson Kalamazoo
11. I am a regular at the Grand Rapids Songwriters Association (GSRA)
12. Launched SONGDRINK with ambitions to go viral 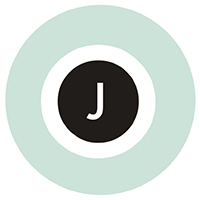 1. I’ve written and recorded lots of songs (in the low hundreds)
2. I use Logic Pro X on a Mac
3. Record with a FocusRite 8i20 audio interface, good mics & plugins
3. I recently started working on videos to go with the audio recordings I produce
4. I always cowrite, often with multiple collaborators
5. I play guitar as my primary instrument but can play a little bit of piano
6. I’ve won a couple songwriting contests with my collaborators
7. I help run the Grand Rapids Songwriters Alliance 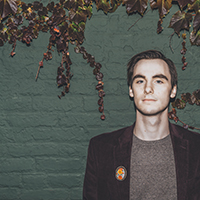 Cody Ketchum    Listen To My Music ->

1. Wrote my first song when I was 16
2. Was in an acoustic duo for a few years
3. Usually I make rough demos & record final songs with more talented producers
4. My songs are usually simple in terms of music, I focus more on lyrics
5. I have written a solid 50 songs so far
6. Used to play live but have been doing it less and less recently
7. Have been nominated for two “Jammie” awards 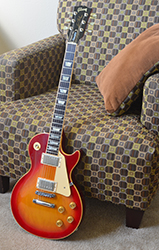 1. Wrote my first song in 2017. The song is “in the heat”
2. I played in a band called Blu Fuse for five years in Tucson Arizona
3. Moved back to Michigan in April of this year for health reasons
4. Was inspired by Bob Wilders the rhythm guitar player and song writer in our band.
5. All my songs were recorded with Mixcraft recording software at Quest House Studio, Tucson Arizona
6. I started playing guitar after high school. My first guitar was a Gibson Les Paul Junior red and worn
7. I’m working on setting up a home studio; have a computer that is good, haven’t decided about the software, leaning toward Mixcraft because I have experience with it
8. Have more songs in the works, hopefully I’ll be able to record more soon.


1. I've been writing music since I was a teenager in the 90s
2. I've been attempting home recording unsuccessfully on and off for just as long
3. I first found "success" last year when I broke down and bought Cubase
4. I play all my own instruments
5. I'm still finding my voice
6. I have one half-decent microphone: an AT-4033
7. I used to play bass in several bands and I miss performing live
8. Recently moved to GR 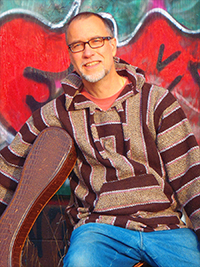 Brent Godfrey
Listen To My Music ->

1. Wrote my first song in the early 80’s
2. Was in a new wave / punk bank briefly in the 80’s
3. Started recording songs in the 80’s on a Fostex X-15 4 track cassette recorder
4. Took a long break from music in 1997 when I moved to Grand Rapids from Owosso.
5. Got back into music in 2008 as self therapy.
6. Started recording songs again using a Tascam Digital Workstation
7. Discovered the Kompoz music networking website in 2012.
8. Now using Focusrite saffire pro 24DSP audio interface, Logic Pro X, Audacity, and DSP Quatro.
9. Have written more than 100 songs
10. Have released 4 CD’s (so far) with my Kompoz collaborators
11. Use Kunaki.com for CD duplication which has no minimum orders
12. Play occasional open mics to work on my stage fright
13. Sing and Play keyboards, guitar, and ukulele
14. I build my own cigar box guitars, license plate guitars, and banjos.